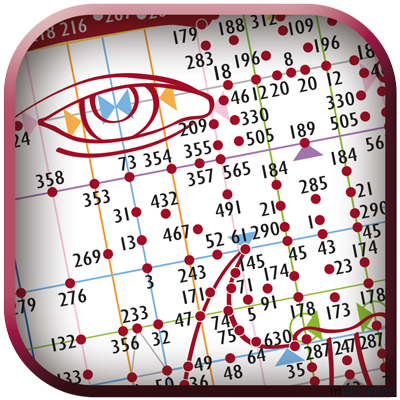 The «Dien Chan» is a reflexology technique based on the modern occidental theories and the oriental philosophy
During the 1980s, Professor Bùi Quôc Châu, Vietnamese acupuncture, did a clinical work on millions of addicts in Saigon. Thanks to this important numbers of patients he used his theories and found some fixed points in the face which affect our organs and some parts of the body. While stimulating those points, he discovered that these points are concrete regulators that affect some area of the organism.
Professor Bùi Quôc Châu establishes a map of points and replaces his acupuncture needles with a detector that consists of a stem with a round top that doesn't penetrate the skin. We will name those fixed points as «·points».
The Multireflexology – Dien Chan is the original method of the facial reflexology.

The roots of Multireflexology - Dien Chan, began in 1975 with the work of Professor Bùi Quôc Châu. Following the end of the war in Vietnam, Professor Châu started treating many patients suffering with a variety of ailments and injuries. From his early work he developed a hypothesis, that parts of the body, internal and external as well as the complex body systems (Cardiovascular, Respiratory, Endocrine, etc.,) were reflected on the face. He began his work on this theory by treating many people with severe addictions to drugs (a byproduct of the war) and correctly verified his hypothesis in 1980.

Approximately 20 years later in 2001, Patryck Aguilar Cassarà met with Prof. Châu and became a passionate student of the modality. It was Patryck's goal to share this knowledge with the western world. In 2002, by working in close collaboration with Prof. Châu and his sons, the International School of Multireflexology - Dien Chan (EiMDC) was created in Barcelona, Spain.
Soon after creation of the school Patryck published Multifreflexology course books in a variety of languages. and in 2013 developed and made available Faceasit, an interactive App available at AppleStore. Faceasit'clinic is an essential tool for therapists to build formulas for treatments and share those treatments with clients, complete with diagrams to allow them to continue working on themselves at home.

In addition the research department of EiMDC also developed the æsthetic facial technique called Chan'beauté which was presented to Prof. Châu in 2009.
Patryck also runs the Club Dien Chan International and with a membership of over three thousand students worldwide, the club is extremely pleased to include many Canadian and North American students.
At EiMDC, we have over 10 years of teaching experience and are your best resource for Multireflexology - Dien Chan.

Dien Chan is complex but not complicated... You'll see!